What is Dog Whispering?

First of all, let’s get straight about what “Dog Whispering” is NOT because some people seem to have the amusing idea that the term “dog whispering” refers to some sort of hocus-pocus, California crazy, psychic connection where the person doing the “whispering” has the eerie ability to read the dog’s thoughts and convey these to the owner, like some sort of psychic medium talking to the recently departed. Rest assured, this is NOT what “dog whispering” is all about.

While a good “dog whisperer” indeed does have the ability to “read” the dog, this is not accomplished through any sort of dog/human mind meld, but rather through a combination of keen observation of body language and understanding of how this relates to the dog’s genetic behavior in the dog’s world of Mother Nature. There are no bad dogs, just misunderstood ones trying to communicate with their humans. A large part of dog whispering is actually teaching humans to speak dog.

“Dog Whispering” can be difficult to define because it’s a combination of intuition born out of having spent many years observing dogs and their social behavior in their natural environment and then interacting with them at their instinctual level of understanding through the use of energy and body language, just as dogs would do amongst themselves running as a pack in the wild.

“Dog Whispering” is specific and very effective because it plays on the natural instincts and communication tools that a dog already knows and understands. Rather than reacting negatively to your dog’s perceived bad behavior, a “dog whisperer” can teach you how to lead your dog to the positive, good behavior you desire.

What Can a Good Dog Whisperer Do For You?

For instance, a good “dog whisperer” can recognize where the miscommunication between a dog and owner is causing a particular problem and then create a plan specifically designed to help eliminate the problems in each individual case.

Although “dog whispering” is a relatively new term for dog owners with respect to teaching their dogs to behave properly, in fact, it has been around for a long time, the term first coming to the forefront through “horse whispering”.

The ability to effectively communicate with your dog can help to make any type of training not only easier, but also much more effective. In fact, there is little doubt that you can gain more control over your dog by utilizing this type of method and then integrating these techniques into your daily routines. When you can communicate with your dog in a way that your dog actually understands, anything is possible.

Unfortunately for many of the canines in our lives, as humans, we were raised on a daily diet of Disney cartoons in which animals have the same thoughts, ideas, feelings, expressions and understanding as humans – when in reality, you and your dog are not living in a Disney cartoon and dogs don’t understand human language. Therefore, although dogs can certainly learn to understand the sound of some words, when humans persist in endlessly chattering to their dogs, the conversation is for the benefit of the human, because dogs communicate through energy and body language, not speech.

Rather than shouting confusing human words and commands to a dog and forcing it to somehow understand what you want of it, dog whispering is a much more natural approach to training or eliminating unwanted behaviors because it connects directly with the dog through body language and positive associations, at the canine level of understanding.

Dogs Are Not Humans

What many humans fail to understand when bringing a dog into their life is that dogs are a totally different species, not four-legged humans, and that dog brains are NOT simply smaller versions of the human brain, complete with the myriad of human emotions, with the same capabilities to think, rationalize and solve problems. Thankfully, for us humans, dogs are extremely agreeable to living within our alien human world.

When humans are capable of being truly honest with themselves, often when a dog is brought into a human family, this is for fulfillment of a human need and although humans are indeed well-meaning and most often loving toward their canine family member, because humans think like humans, there can be little understanding or consideration of what the human should provide (beyond food and shelter) in order to fulfill the dog’s needs.

From the human point of view, most behavioral issues that seem to surface out of nowhere are directly a cause of the human failing to understand what the dog is “telling” them, or consider what the dog’s needs really are.

Once there’s a communication break-down between you and your dog, frustration and the command style of shouting orders doesn’t really work because when you get angry or frustrated your dog continues to be confused and may end up simply doing what you say (maybe) as a way of avoiding some sort of negative punishment which can then lead your dog to both disrespect, mistrust and even fear you, all which are very unstable legs upon which to build a solid relationship.

The reason “Dog Whispering” techniques are usually more effective than many traditional training methods is because it’s much more natural to communicate with the dog through energy and body language, at the instinctual level, which they already understand because this is forming a basis of mutual understanding and respect though a simple connection with the natural way a dog thinks and feels.

Humans who may have tried a variety of “training” techniques yet were unable to achieve the desired results, and decide to give “dog whispering” a try, are often so amazed at the positive and rapid transformation that occurs in a very short period of time, that “dog whispering” done properly can seem like magic.

The bottom line is that we humans, more often than not, seem to forget that dogs are very good at being dogs, and unfortunately for them, are not very good at becoming humans. Therefore, dogs only become unbalanced and stressed out when they are brought into a human family and expected to look like dogs, but behave like humans without any regard for what they really require in order to be happy dogs.

A good “Dog Whisperer” knows that by working WITH Mother Nature, instead of against it, through teaching humans how to speak dog, which will restore balance to their best friend, can have far reaching, positive results because restoring balance at the instinctual level of the dog world usually also results in restoring balance and harmony to the entire family and the surrounding neighbourhood, too.

Just Love is Not Enough

Possessing a lot of love and affection for dogs alone will not make you a “dog whisperer” because love of dogs is just one part of a complicated combination of skills necessary to be a good “dog whisperer”. There is no special course or training you can take in order to become a “Dog Whisperer” because if you don’t have the right kind of energy and a strong, instinctual connection with the canine world, no amount of training will help you.

Some of the traits necessary for the makeup of a good “Dog Whisperer” include being a natural born leader and problem solver with highly honed skills of observation. Also very necessary is a love of dogs, no fear of dogs, an understanding of dogs at their instinctual level, calm, assertive energy, exemplary teaching skills, unflappable confidence, patience and persistence, plus an unshakeable belief that there are no bad dogs, but rather only misinformed humans.

Couple all this with a strong desire to help relieve dogs under stress while creating a closer canine/human bond, and a belief that there is always a solution that will help alleviate unbalanced situations, and an inventive mind to find the solution, while creating a comfortable situation for counseling humans and encouraging them to get in touch with their own truths, and you will have developed a solid framework for becoming a good “dog whisperer”.

It takes time, usually many years, to evolve into becoming an effective “Dog Whisperer” because it’s equivalent to learning an alien language. However, the rewards are very much worth it when you see the amazing results that can be achieved when you help another dog and it’s humans return to a natural balanced way of being.

Who doesn’t want a much happier dog, a stress-free home, a peaceful neighborhood and a greater understanding that will create a strong, loving bond between two very different species? 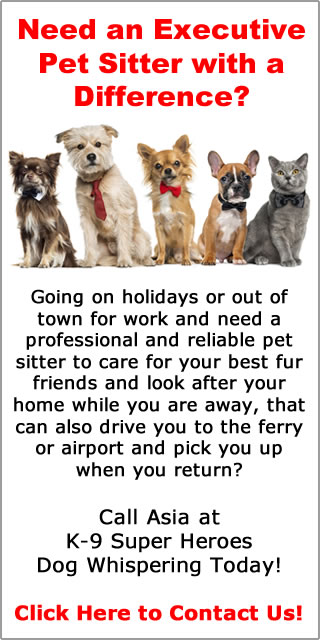 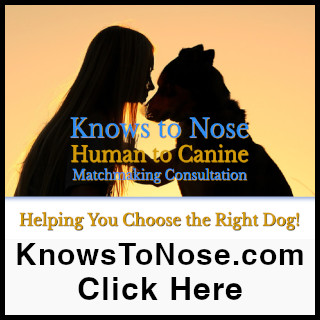 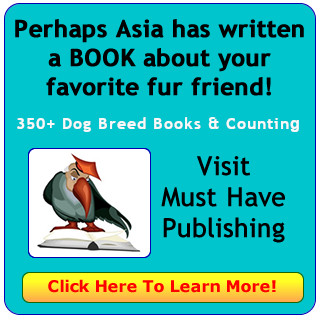 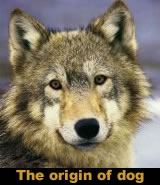